This section reports on the development and impact of the mine, the corporate structure of the mining company, and the growing debt burden of Mongolia.

“Because the Mongolian government is committed to bearing 34 percent of all the mine’s costs, as costs rise so do the country’s debts with Rio Tinto. It will take us decades to pay back the loan. We expected to see the first dividends on the mine in 2019. But it turns out it will be 20 or 30 years before we see a share of the profit.” – Otgochuluu Chuluuntseren, then Director General of the Mongolian Ministry of Mining’s Department of Strategic Policy, 2013 – source

Development and impact of the mine

In 2010, construction work began on Mongolia’s flagship copper and gold mine after high-grade copper and gold deposits were identified in 2001. The project was named Oyu Tolgoi – which means ‘Turquoise Hill’ in Mongolian – in a nod towards the local traditions it threatened to undermine. 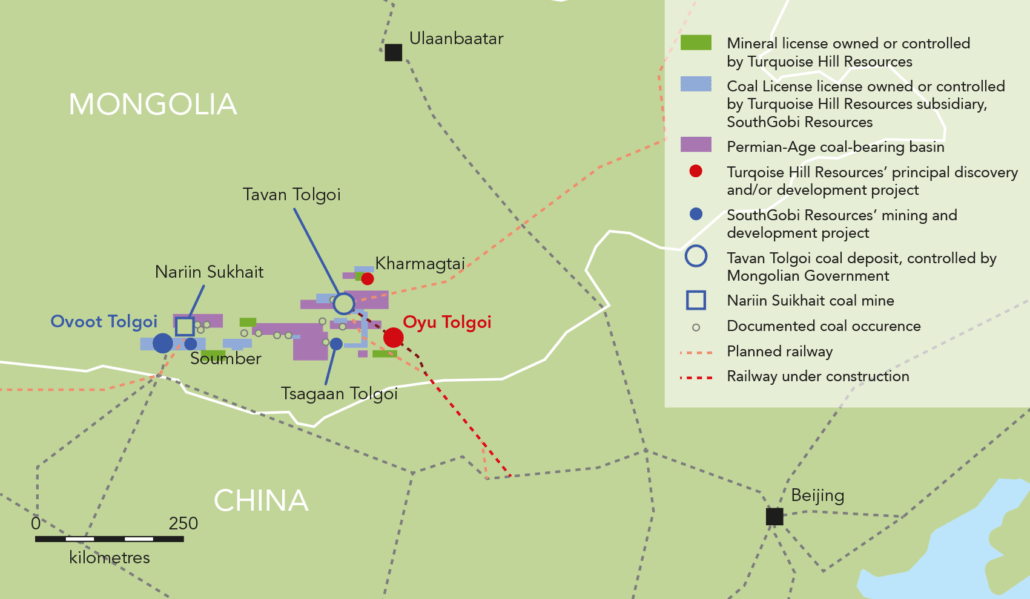 To make way for the mother of all mines, the Undai River had to be diverted, affecting both water and pasture resources – driving local herdsmen from their traditional grazing land, as well as threatening endangered plant and animal species. Besides, mining, construction works, and heavy transport are generating increased amounts of dust, which is detrimental to the health and everyday life of both herders and cattle

In 2012, supported by the NGOs OT Watch and Gobi Soil, herders filed two complaints against the International Finance Corporation (IFC), one of the investors in the mine. The parties entered a dispute resolution process that resulted in an agreement in 2017.

Underground at Oyu Tolgoi. Stills from video by Simon Blears, via Vimeo CC

The whole Oyu Tolgoi project consists of two phases. Phase 1 is an open pit mine, phase 2 is an underground operation. In its first year of operation in 2013, the open pit mine produced a staggering 77,000 tonnes of copper and almost 4,500 kg of gold; within three years, those rates had more than doubled. Based on average prices for 2016, Oyu Tolgoi production would have been valued at US$ 979 million for copper and US$ 342 million for gold.

For the past seven years, the minerals have been pouring over the border into neighbouring China, where demand for copper and gold are at their highest. By July 2018, the total shipment of concentrate, processed from the ore taken from the open pit, had reached 4 million tonnes.  As well as hundreds of kilometres of underground tunnels, the project also includes an airport, a 70km water pipeline, paved roads and power lines that run to the Chinese border.

The underground operation is where 80% of the mine’s value is purportedly located. Production was planned to start in 2019, and the combined production from open pit and underground was predicted to amount to more than 500,000 tonnes of concentrate annually. In October 2018, Turquoise Hills announced production would be delayed until 2021, and in July 2019, Rio Tinto announced further delays of at least another 16 months with extra costs reaching US$ 1.9 billion.

To access the underground copper and gold ore, block caving mining methods are used, reaching up to 1,300 metres below ground and involving 200 kilometres of tunnels and 10 kilometres of conveyer belt. The huge scale of the operation and the use of block cave mining carry the danger of subsidence, and the surface above the extraction zone is likely to remain permanently unstable.

The significance of Oyu Tolgoi for Mongolia cannot be underestimated in an economy where mining revenues account for 90% of exports. With its open pit and underground facilities running at full tilt, it is projected to generate 25-30% of Mongolia’s Gross Domestic Product (GDP) by 2020. And yet, the country’s population is unlikely to see much profit for up to 30 years.

The reality is that Mongolia never had a fair chance to negotiate a deal that would serve the people of Mongolia. External factors such as the political instability and manoeuvring within Mongolia, and the 2007/2008 global financial crisis, left Mongolia with its back against the wall. Underpinning these forces was a structural reorganisation of the Mongolian economy and society after its independence from the Soviet Union that left Mongolia with a myopic focus on mining. This was followed by policy reforms that smoothed the way for overseas investment and favoured corporate interests over public social and environmental concerns. Policies that were supposed to support ‘good governance’ have, in practice, dismantled public checks and balances. 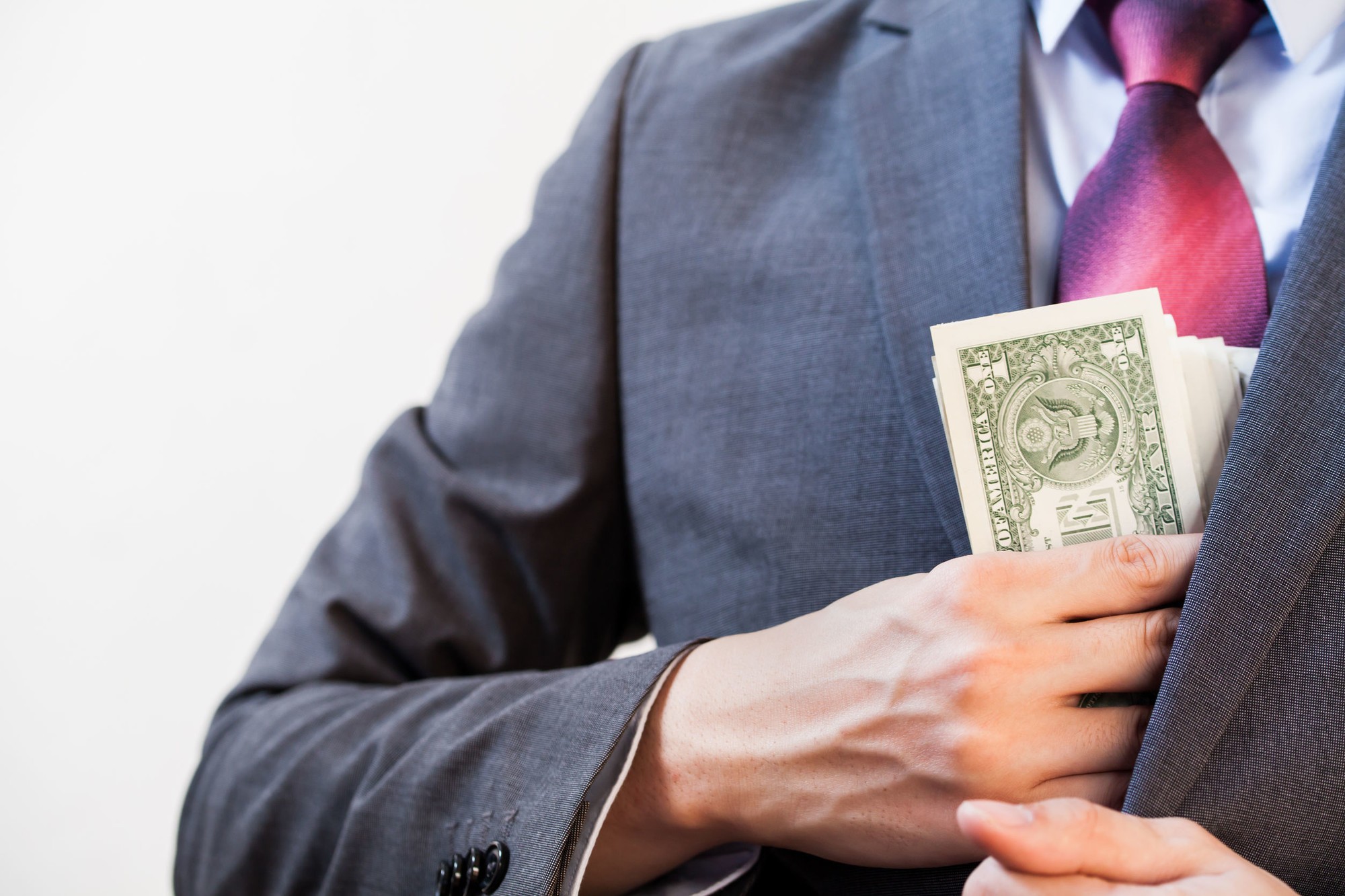 Image by Twinsterphoto via 123RF

“Given its significance to the global copper industry and the likely multi-generational nature of the business, Oyu Tolgoi is being developed with a distinctly long-term view. Guided by Oyu Tolgoi’s vision, ‘From natural wealth to enduring value, knowledge and skill’, the partners and stakeholders involved in the project are focused on delivering a safe and globally competitive copper business that contributes to and facilitates the prosperity of Mongolia.” – Rio Tinto website

To understand the genesis of the problem, it helps to understand the corporate structure underpinning this monolithic mine. Oyu Tolgoi is operated by one of the world’s biggest mining companies – the Anglo-Australian mining giant Rio Tinto. The biggest foreign investor in Mongolia, Rio Tinto controls the megaproject through a majority share in the Canadian-based Turquoise Hill Resources (TRQ) and an ownership structure that consists of multiple subsidiaries – based in tax havens including the Netherlands and the British Virgin Islands. The Mongolian government owns a minority 34% stake in the mine through the state-run company Erdenes Oyu Tolgoi.

See the Missing Millions section and the Mining Taxes report. 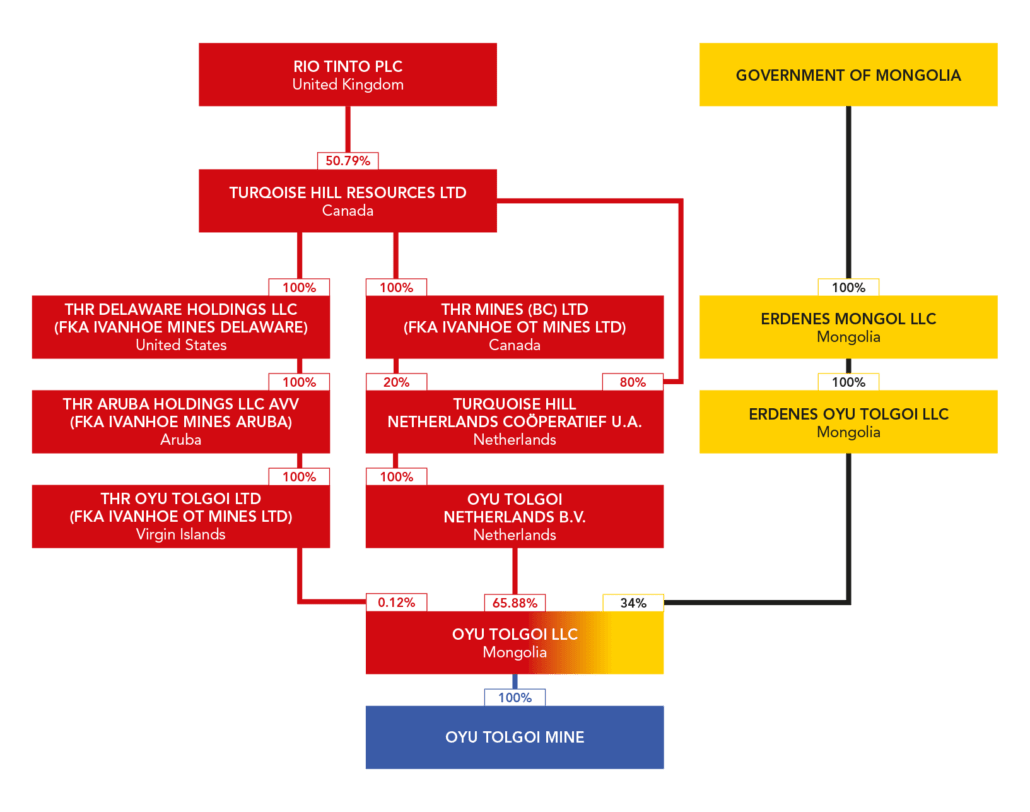 A January 2018 report – Mining taxes – published by the Centre for Research on Multinational Corporations (SOMO) and Oyu Tolgoi Watch (OT Watch), revealed how Rio Tinto and its Canadian subsidiary Turquoise Hill Resources had avoided paying approximately US$ 470 million in Canadian taxes by using mailbox companies in two tax havens: Luxembourg and the Netherlands.

The research also revealed how a ruthless Investment Agreement resulted in a US$ 230 million tax revenue loss for Mongolia over a five-year period. To put these figures in context, the Mongolian government’s total spend on health and education in 2016 was US$ 160 million.

What started as a case study to highlight the interdependence of mining and energy development turned into something much, much bigger – an investigation into the sustainable development and democratic control over natural resources. Our research has led us to look into the very heart of Oyu Tolgoi’s corporate structure and its international fiscal architecture to show how it has avoided paying taxes. Then we started delving further and what we found was deeply troubling – both for Mongolia and for other resource-rich countries.

Sifting through cables from Washington’s Mongolian embassy leaked through WikiLeaks, our second report – Undermining Mongolia – published February 2020, offers an extraordinary glimpse into the murky world of Western diplomacy in Mongolia. Our research illustrates how diplomatic power is used to further corporate interests and how foreign pressure – including from the World Bank and the International Monetary Fund (IMF) – has locked Mongolia into a development trajectory that has been hijacked by corporate interests favouring profits over people and planet.

The anatomy of the agreement

The main focus of the latest report, Undermining Mongolia, is the negotiations that took place behind the scenes of the Oyu Tolgoi Investment Agreement. Negotiations  started in 2003 and the agreement was eventually signed by Ivanhoe Mines, Rio Tinto and the government of Mongolia in October 2009. This agreement establishes the conditions and assurances governing Turquoise Hill Resources’ investment in the Oyu Tolgoi mine – including the rules governing investments in infrastructure, environmental requirements, labour relations, investment protection against expropriation, and the taxation environment affecting the investment.

Throughout the Oyu Tolgoi negotiations, civil society and politicians questioned Mongolia’s access to the revenues from the mine and demanded more sovereignty over its resources. Not without reason: the Libor +6.5% interest rate Mongolia pays Rio Tinto on the loan for its share of the project, in addition to rising costs and delays of production that postpone  returns and growing public debt have all raised huge question marks.

Mongolian economy brought to its knees

Although the Investment Agreement is often defended as being legitimate because it was signed by a democratically elected government, this rather conveniently disregards the pressure that the Mongolian government faced on all fronts. Let’s not forget that the government that signed the agreement was established after post-election riots in 2008 related to Mongolia’s resource politics. Resource politics determined by economic and legislative reform to attract Foreign Direct Investment with a narrow focus on mining and reduces the role of the state from being a potential owner-operator to one who is a “facilitator” of private sector investment. 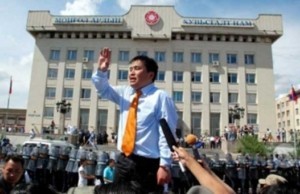 The protests led to a four-day state of emergency, leaving at least five people dead, more than 300 people injured and 700 detained. By the end of 2008, the global financial crisis had brought the Mongolian economy to its knees.

The controversial Investment Agreement is signed in 2009 and has been under scrutiny from members of parliament, politicians and civil society actors ever since. The Mongolian parliament in November 2019 unanimously passed a resolution that all the agreements related to the Oyu Tolgoi Mine should be reviewed and measures taken for the benefit of the Mongolian people. 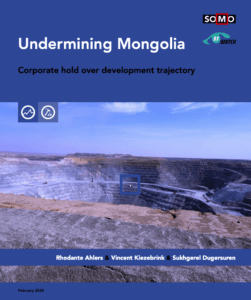 Huge pressure at the negotiation table

As Undermining Mongolia shows, Mongolians have ample reason to question the intent of the agreement, as well as the very limited benefits they are likely to receive. It is clear that Mongolia signed an agreement that privileges ‘Western’ corporate interests by offering generous corporate oriented incentives that are not destined for public coffers. Negotiations were riddled with power inequities and pressure to comply with international expectations in a context dramatically restructured by institutional reform from a state led to a market economy that is narrowly focused on mining.

Negotiations over Oyu Tolgoi show how corporate interests have shaped diplomatic, institutional and political power to define development trajectories that are counter to democratic control over resources and social and ecological wellbeing.

Continue reading: Behind the scenes
Scroll to top
Cookies & Privacy
We use cookies to optimise your experience and improve our website.
Manage options Manage services Manage vendors Read more about these purposes
Preferences
{title} {title} {title}